Last Saturday was the Great Whernside fell race, an annual affair starting from the village of Kettlewell in the Yorkshire Dales. I’m gradually getting back into the running and so thought it about time I enter my first race in 18 months. I wasn’t sure how my fitness would compare with how it was before I got injured, and so didn’t really have a clue where I would come in the race.

The route is a classic and relentless 4-mile straight up and down, with barely any respite in either direction. Intense would be an apt description, as right from the off you are thrown up a barely-runable field, before being let loose onto the energy-zapping, shoe-snatching bogs that, whilst being slightly flatter, are equally as draining. A few rockier sections in between where a welcome break, despite being the steepest parts of the race. The descent is equally as punishing, not necessarily because of the terrain, but because it is fast. 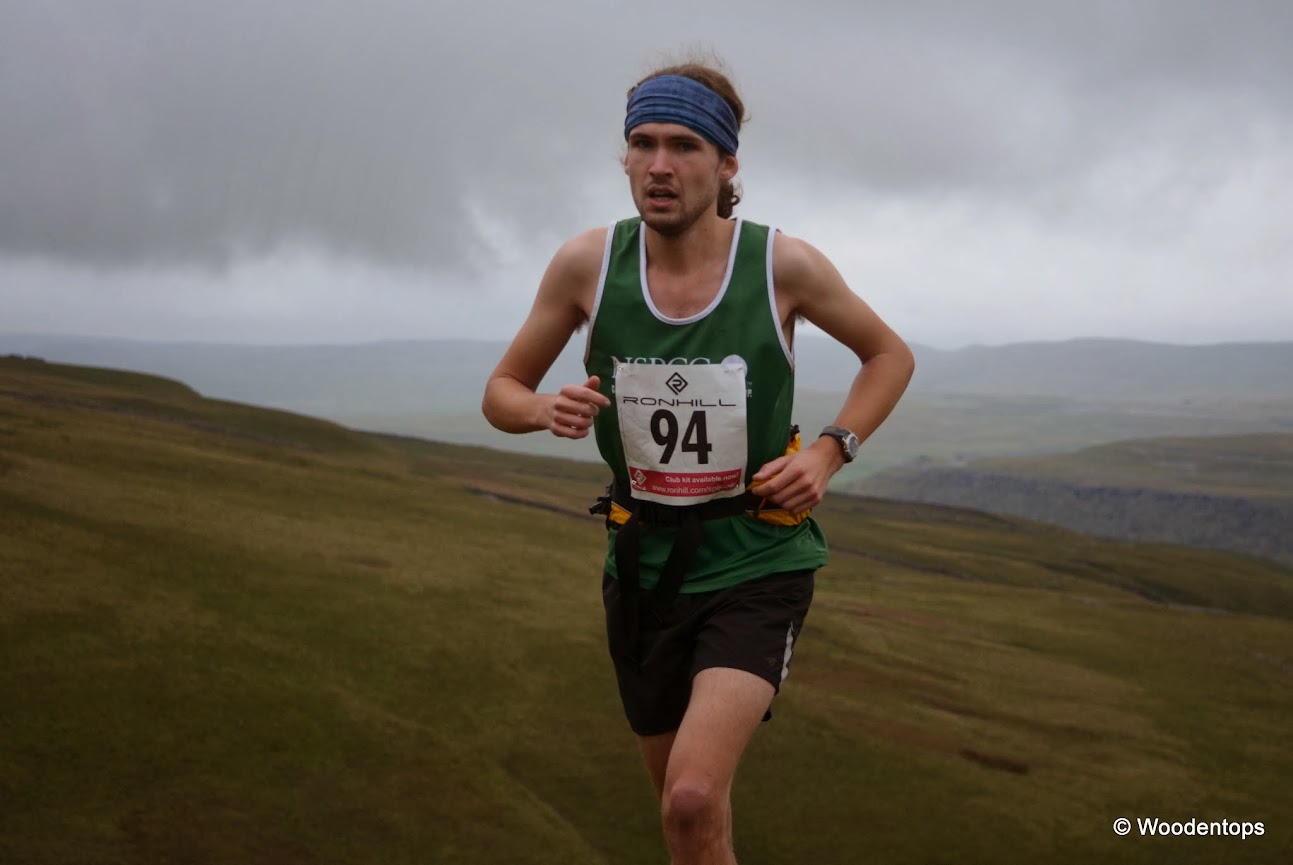 Struggling my way up!

I set out in around 30th position and soon worked my way up to 20th by the end of the first field. Lactic acid was pumping through my legs and my breathing was laboured, but I felt surprisingly good and decided to push on at the same pace. I picked up another couple of places over the next mile or so to put myself in around 15th at the summit. I naively thought that I would get a rest on the way down, but I realised this wouldn’t be the case as the guy in front set off back down at a blistering pace. I was soon overtaken by a few others, by managed to hang on to 18th position by none-less-than a sprint all the way down. I took a few tumbles in the tussocky bog, but fortunately didn’t do myself any injuries. 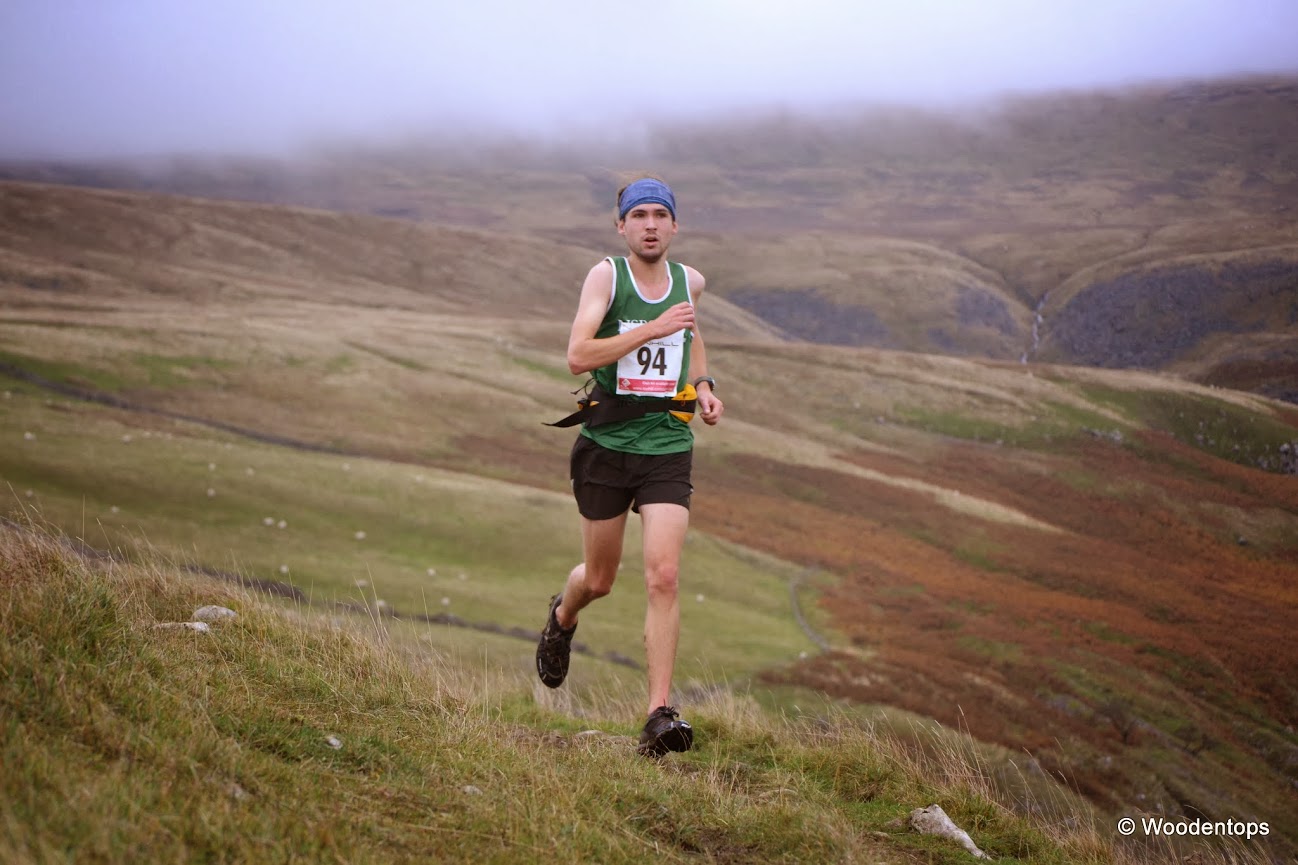 I was a mere few seconds from 17th place at the finish – perhaps had the race been 200m longer I would have got it – but in the end I was very pleased with my 36:25, especially when compared with the winning time of 31:49 from Ian Holmes. Can’t wait until the next race!

Thanks to Woodentops for the great pictures!